Mary Fahl at The Hotel Cafe 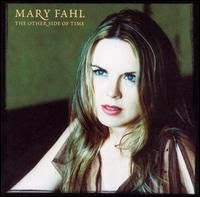 Mary Fahl, the former lead singer of October Project made a rare west coast appearance last night at Hollywood’s Hotel Cafe. In a gutsy move, she is going solo this time around, with just her voice and guitar playing to win the crowd over. Those familiar with October Project already know about the potential of that voice. A voice big enough to perform opera. She brought us two numbers in that genre that nearly made my wife cry. Yes, 15 plus years later the voice is still there. And though a bit nervous and at times a bit sloppy on guitar, she won the crowd over with her passion and honesty... and that voice.
They say, and I know I’ve repeated this a million times online, all great songs can be performed with just an acoustic instrument. And so Mary proved what most of us already knew: Julie and Emil wrote some amazing songs back in the 90’s. Covering 5 October Project songs, she brought life to each of them without the help of that full sound that OP did so well. Mary also did some unique covers, including a song from her tribute/remake of Dark Side of the Moon and a classic that Nina Simone performed, “Wild as the Wind”.
Over the years, though, Mary has become a fine songwriter. She sang a few new tunes, including one for her husband that, although it is highly recommended that “artists” don’t write love songs about their family, was gorgeous.
The Dark Side of the Moon cover is now available as a download (or a very expensive CD on EBay) and a new CD is due out in the next few months. I am looking forward to it.
at November 13, 2011 No comments: