Paul Thorn and Missiles of October at The Coach House 2010 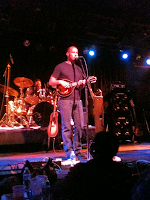 I’m not sure what else I can say about Paul Thorn. This is the fourth time I’ve seen him in about 5 years and as I looked back on the previous reviews, things started to sound a bit redundant. Maybe that’s a good thing. Paul puts on a great show, whether he is solo or with his band. He always has funny stories to tell (not quiet as many this time around), usually gets around to most of his fans favorites (with a heavy dose of songs from “Ain’t Love Strange”, his breakthrough CD that never broke through for some unknown reason), and always brings us the best of his new material. And honestly, I can’t figure out what else I could ask for. Sure he skipped over some favorites, like “Fabio and Librace” and “Sister Ruby’s House of Prayer”, but overall he rocked the house, with his tight rockin’ band punching most songs up a couple of notches. It was a great show. I’m already looking forward to his next visit. With a house about two thirds filled, he should be coming back her in the OC some time in the future. Can’t wait.

The last time I saw Paul with his band at the Coach House, Missiles of October opened for him and did a solid job. Once again, they came out and played like a headliner, not just an opening band, and had the whole place bouncing around to their catchy tunes and smart covers. I picked up Poul’s new solo CD “Coveralls”, which I’m sure I’ll be talking about soon. I understand they play in Laguna Beach every Sunday night. If you are in So Cal, I’m sure it is worth a visit.
at July 31, 2010 1 comment:

Close your eyes. It is nighttime somewhere in middle America. There is a soft drizzle of rain. In the distance you can hear the sound of a train whistle which sounds suspiciously like a pedal steel guitar. Through the mist you start to hear a voice. There is no twang, no harshness. It is soft and reassuring. It is sad and yet hopeful. That is the sound of Peter Bradley Adams. And that is what we got for nearly an hour last night at the Hotel Cafe. Peter, backed by a solid three piece band (Josh Grange on guitar and pedal steel guitar, JImmy Paxson on drums and Ian Walker on bass) and backing vocalist (the beautiful and very talented Priya Darshini), created the atmosphere that makes his CDs such a joy to listen to. Actually, solid doesn’t really do these guys justice. They all are accomplished musicians with great credentials.
Peter sang songs from his latest CDs as well as a couple of brand new songs (he intro-ed one song by saying this is the name, “so far”). The highlight of the evening was a song that opened with a Raaga, a style of music from India, sung by Priya, and then segued it into “Angeles”. It was a gorgeous arrangement.
Peter has a very relaxed, humble and happy style onstage. It helped create a very appreciative crowd. In fact, he got a real encore. There was no plan to return to the stage, but, and this is so unusual for L.A., the crowd would not stop clapping. And so, he returned, re-plugged in the guitars and sang a great version of “Keep Us”.
This is the first of 5 or 6 upcoming concerts for me and it was a great start.
Peter's CD is available here: http://tinyurl.com/itunesPBATraces
at July 29, 2010 1 comment: 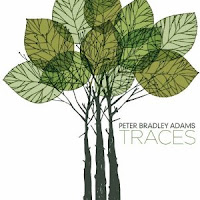 It has been a slow summer concert season here so far, but that is all about to change. Paul Thorn is coming
to town later this month and Joan Armatrading, Shawn Colvin and Crowded House will be here in August.
Up first though is Peter Bradley Adams.
The biggest perk you get when running any type of radio station these days are the emails from fans and friends. I always love talking music with people. Somewhere down the list of perks, but still a great perk, are the occasional free shows that you get invited to. And once in awhile, they are shows you’re looking forward to. Such is the case this month as Peter Bradley Adams will be at the Hotel Cafe in Hollywood on July 28th. I’ve been a fan of Peter’s ever since eastmountainsouth was first played on XM’s The Loft several years ago. Peter has since released three solo CDs and has a fourth one coming out soon. In a small room like the Hotel Cafe, his quiet and lushes sound should make for a very special evening. Peter is hitting the west coast this month, including stops in Porland, Seattle and San Francisco. For more info you can go to Peter’s web site: http://www.peterbradleyadams.com

And of course, if you listen to the Promise, you’ll hear plenty of Peter along with lots of other great artists.
at July 11, 2010 No comments: