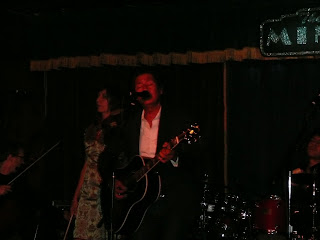 Oh... Sorry for the crappy picture. It's a new camera and I really didn't have time to play with it before the show. And then suddenly we were surrounded by amazingly tall people.
at August 17, 2007