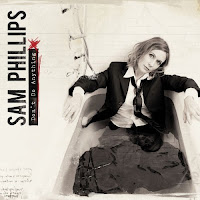 I generally don't put this much emphasis on a single CD. But the perfect combination of a great CD, an early release copy and a passion for one of my favorite performers made spending this much time and space irresistible. I will be featuring this CD on my station; playing all 12 songs throughout the day, every day until the release date (June 3rd). You can purchase this CD at Amazon.com or if you wish to pick up the CD with bonus mp3s, go to http://www.nonesuch.com/Hi_Band/albums.cfm?album_num=725# and order it there.
at May 14, 2008