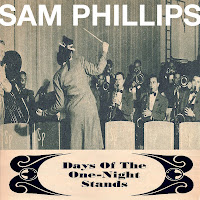 Tom Petty and the Heartbreakers - Mojo (2010)
This is a live in the studio type CD and although on first listen you might now find the “hit”, just keep listening. It is worth the wait.
Squeeze - Spot the Difference (2010)
This is a money thing, but we all get the benefit. Squeeze has gotten back together to re-record their hits so that they will get performance royalties when they are used for movies. You can’t blame them in this time of lower incomes for performers. They decided to make the songs spot on the same as the originals, even digging up old equipment to get the right sound (hence the title “Spot the Difference”). It is always fun to listen to Squeeze, so... enjoy.
The Innocence Mission - My Room in the Trees (2010)
They have barely changed over the last 15 years or so, and that’s a good thing. There are some surprises in this CD, but mostly it is Karen’s beautiful voice with the flowing innocence of the mission backing it up. Pure beauty.
Crowded House - Intriguer (2010)
They have yet to release a bad CD. The highlight here is a wonderful song called “Amsterdam”; worth the price of admission. It may not be their best, but it is better than almost everything else out there.
Flogging Molly - Live at the Greek (2010)
From a show recorded last year at the Greek Theater in Los Angeles, this IS Flogging Molly. No studio CD can capture the raw craziness of their live shows. These are two CDs that will make you want to order a glass of Guinness.
Walt Cronin - California - I Gotta Run (2010)
On his third release Walt continues his folk/Americana singing/songwriting. A storyteller like Kris Kristoffersen, this is an album about being on the road and pursuing dreams. Nice job. http://www.thegousters.com/
Handful of Luvin’ - Life Inbetween (2010)
I really am having trouble describing this band. Is it modern rock? Or is it country? Is that a violin player or a fiddle player (there is a difference)? Whatever it is, it works and they have delivered one of the more original CDs of the year. Do check them out at http://www.handfulofluvin.com/fr_introduction.cfm .
Gaslight Anthem - American Slang (2010)
Think a rocking Jesse Malin and you have a good idea what this excellent CD sounds a bit like. Worth checking out, especially since it has The Boss’ seal of approval on it. :-)
John Mellencamp - No Better Than This (2010)
Using a tape recorder, a single mic and the brilliance of T-Bone Burnett, John channels his inner John Prine (or is it Bob Dylan as many like to say). This CD is not for everyone, but if you like your singers with good words and light production, with a low-res feel and an Americana spirit, then this CD is for you.
Peter Case - Wig (2010)
Peter Case is rockin’ again and this quickly recorded roots rock/Americana CD shows why Peter Case has been an important part of the musical landscape since he first appeared 30 plus years ago. This is a Yep Roc records release; always a good sign that you’re going to hear some great music.
Pernice Brothers - goodbye, killer (2010)
Do you know who the Pernice Brothers are? You should. One of the finest pop rock bands around, they combine great lyrics with catchy tunes. Isn’t that why we love rock and roll?
at September 04, 2010

Wonderful review, Bruce. The Long Play has been a resounding success by anyone's standards, and Sam has been a constant source of inspiration for me this past year. As one of the most gracious and kind people I've ever met, Sam really deserves the accolades she has been getting. Anyone who hasn't already signed up for the Long Play should do so immediately! It's a true gift.